Kajukenbo is a traditional martial arts, teaching various methods of self-defense while developing both physical and mental toughness.

The name KAJUKENBO pays respect to the five arts that went into it's creation.

Kajukenbo was created in Hawaii during the years 1947-1949 following WW II. Five men came together in a quest to create an efficient martial art workable for the streets of Hawaii. Up to that time the traditional martial arts were very restrictive and did not allow the free expression of the ideas of it's practitioners. Training secretly for the first two years the founders were able to blend their arts together away from the prying eyes and unwanted commentary of others. They called themselves the Black Belt Society. 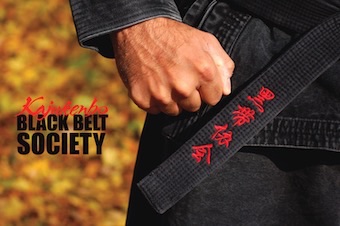 The five men that created this art were,

Walter Choo (Tang So Do)

There are now four officially distinct branches recognized in Kajukenbo.

These branches can be further broken down into other

sub divisions that are recognized as individual expressions of the art.

Originally a "local boy" fighting art Kajukenbo began it's spread to the mainland and beyond when the original Hawaiian and Hawaiian / Filipino practitioners joined the US armed forces and began to travel around the world.

Kajukenbo is now officially practiced in North and South America, Europe, and Asia.